MEDICAL MALPRACTICE STATISTICS CAN BE SHOCKING 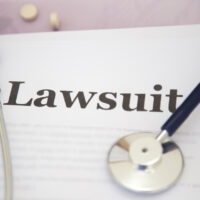 Whether you’re a doctor or a patient, the “shocking medical malpractice statistics” shown on the website of thehighcourt.co (a company that matches lawyers seeking jobs with potential employers) are, well – shocking, to say the least…

One particularly interesting statistic is that more than 50% of physicians were surprised when they were sued; another 34% were “somewhat surprised”. When surveyed, many felt that:

At the personal injury law firm of Ramey & Haley, we literally see “both sides” of medical malpractice:

Side A: Medical professionals have a duty to provide adequate care for their patients. Malpractice can occur as the result of a wrongful action taken, or when an appropriate action is not taken; a medical condition might be misdiagnosed, not diagnosed at all, treated improperly, or simply left untreated.
Side B: While disciplinary measures against doctors are designed to protect the public, physicians and nurses themselves often need protection as well. Allegations of inappropriate conduct or malpractice can put physicians’ professional license and ability to practice medicine on the line.

Because at Ramey & Hailey Law, our Indiana personal injury attorneys are experienced in dealing with both patients and doctors, we can work to protect both “sides” from unfairness and harm.