MEDICAL MISTAKES CAN CAUSE CEREBRAL PALSY 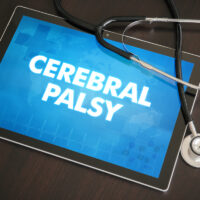 Even before an infant has a chance to take the first breath, negligent practices on the part of a medical professional have the power to change its life for the worse – permanently…

“Cerebral palsy is a neuromuscular disorder that affects movement, muscle tone, balance, and posture. It is caused by damage that occurs to the immature developing brain, most often before birth,” the United Brain Association explains…

There is currently no known cure for cerebral palsy. There is, however, one known, rather common cause – negligent practices by medical professionals.

Damage to a fetus can happen during the pregnancy:

Damage to the fetus can happen during birth:

Is timing important in a medical malpractice lawsuit?

Oh, yes. In the state of Indiana, the statute of limitations for medical malpractice lawsuits is two years, except if the patient was under age 6, in which case the deadline is extended until the child’s eighth birthday. What’s more, compared with other injury-related legal claims, medical malpractice suits are complex. Before a lawsuit can be filed in court, a complaint must first be filed with a medical review panel.

As personal injury attorneys in Indiana, we are experienced in determining the appropriate course of action to take regarding a medical malpractice issue. Medical care is a highly technical and specialized field, and expert testimony is often required to establish the connection between the actions of the medical practitioner and the resulting injury. Victims of malpractice are often physically and mentally incapable of managing the process; family members are often struggling financially because the patient is no longer a source of support.

Once a lawsuit is filed, are there limits on the damages that can be paid to the family of a child whose cerebral palsy is found to be the result of medical mistakes?

“Cerebral palsy is a debilitating, lifelong condition that brings enormous medical expenses to those children who suffer from it, diagnosis can be devastating, Stephani Maris writes in eyeonannapolis.net.

In Indiana, doctors found guilty of medical malpractice pay a maximum of $500,000 per claim. Any amounts awarded above that (subject to a maximum total settlement of $1,800,000) are covered by the Patient’s Compensation Fund. (The money in the PCF comes from insurance surcharges paid by physicians and hospitals.)