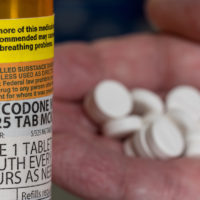 It’s amazing and horrifying, and it’s time to educate lawyers, judges, and the community at large about it, says Joshua Horton of the Romano Law group in Florida. Yes, opioid abuse now surpasses gun shots and car accidents combined, Romano says. Drug abuse has become the #1 cause of death for Americans under 30 years old.

To be sure, S.Y. Tan, MD, JD writes in Clinical Neurology News, opioid deaths occur in addicts from the deliberate or accidental use of heroin. But opioids include prescription drugs such as fentanyl, oxycodone, hydrocodone, codeine, and morphine. Many deaths have resulted from the “careless, negligent, reckless, or wanton conduct of doctors”, Tan says, referring to practitioners who prescribe opioids without proper indications or in inappropriate amounts, and then fail to provide careful follow-up.  Dr. Tan is also very concerned about:

The Center for Disease Control acknowledges that, since 1999, the amount of opioids sold in the United States has nearly quadrupled, yet there has not been an overall change in the amount of pain that Americans report. It’s important to explain that products derived directly from the opium poppy plant are called opiates, while chemical modifications of opiates are called opioids. Morphine, for example, is an opiate, while heroin and oxycodone are opioids.

The CDC recommended that doctors should prescribe opioids:

Physicians are required to counsel the patient or the patient’s parents about the risks of addiction and obtain written consent, unless the situation is a medical emergency.

Treatment centers for drug and alcohol abuse are part of a blossoming industry, Horton points out. While there are many good facilities, some are ill equipped and even dangerous, and there have been people injured or who died because of negligent and even potentially criminal acts. In general, there has been very poor regulation of the treatment industry, resulting in harm to people the treatment centers are supposed to be helping. Several forms of fraud are being committed, the Florida attorney points out, including:

While the Romano Law firm is focusing on opioid abuse and fraud in the State of Florida, the attorneys at Ramey & Hailey Law are fighting for patients here in Indiana. When a physician or a treatment center undertakes the responsibility of providing treatment to an individual in need of Substance Use Disorder (SUD) treatment, a duty of care is created to provide adequate and appropriate levels of care. Failure to adhere to the appropriate standard of care is a type of negligence known as medical malpractice. Malpractice, remember, can occur as the result of a wrongful action taken, or when an appropriate action is not taken; a medical condition might be misdiagnosed, not diagnosed at all, treated improperly, or simply left untreated.

Back in 2012, the Indiana Attorney General’s Office launched the first and only statewide Prescription Drug Abuse Task Force to help fight rising abuse.  The Task Force is made up of state legislators, law enforcement, health officials, pharmacy representatives, state and local agencies and education providers. Complaints about abuse and neglect may be filed with the attorney general’s office. Unfortunately, that may not result in the victims of SUD fraud getting the financial help they need to rebuild their lives – only a medical malpractice lawsuit can accomplish that result. When relatives and friends ”see something”, and they “say something” to our attorneys, we can begin our work on behalf of their friend or family member.

It’s a sad state of affairs when personal injury and suffering happen when what opioid addicts so desperately need is help and healing.