RECOVERING DAMAGES AFTER A SHOOTING INJURY 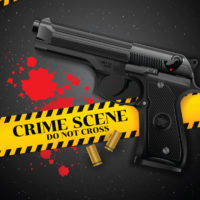 In the United States of America there are plenty of guns, with plenty of laws, both federal and state, governing gun manufacture, gun sale, and gun use. There is also plenty of gun violence.

Two different sets of laws may be invoked by a person injured in a shooting who wants to sue to recover damages:

If it was the gun itself that caused harm because it was “defective”, you may recover a settlement under product liability law, from the manufacturer, seller, distributor, or gun owner.

On the other hand, if the gun itself was not defective, but instead your injury was caused by a person’s negligence in storing or handling the gun, you might recover a settlement under gun liability laws.

One of the most popular rifles in American history is the Remington 700 series.  The problem – thousands of owners are claiming these rifles have fired without anyone pulling the trigger!

Earlier this year, a federal judge gave final approval to a landmark class action settlement involving some 7.5 million allegedly defective Remington guns. Owners of several of Remington’s most popular firearms will have their triggers replaced free of charge.

As personal injury attorneys in Indiana fighting for financial recovery for victims of shootings, we were glad to read that a giant corporation, after literally decades of continuing to sell a product with a critical defect, is now having its “feet held to the fire”. That ruling may well save lives and reduce the risk of injury to others in the future.

To Roger Stringer of Mississippi and to family members of Jasmine Thar, though, this story represents a tragedy, not a triumph. Stringer continues to mourn the loss of his younger son, killed when the older son’s Remington rifle discharged. Not six months after that incident, 16-year old Jasmine Thar, a resident of North Carolina, died when a rifle owned by her across-the-street neighbor accidentally discharged.

A second gun manufacturing company being sued is Glock, Inc. the North American subsidiary of the Austria-based gun manufacturer that, like Remington, has been involved in multiple instances of litigation over the years.

Rodney MacDonald had gone hunting in Blandford State Forest with a group. MacDonald had borrowed a Glock from another hunter. The gun blew apart in his face, causing hearing loss and a leg injury. The lawsuit alleges that Glock acted negligently in producing their products, failing to test them for quality control, and failing to provide adequate warnings.

Only a month ago, the  Sig Sauer Company was named in a $7 million personal injury lawsuit by a Connecticut police officer who was injured when his holstered P320 pistol discharged when it hit the ground. The suit blames the accident on a defective safety mechanism in the P320 design. The officer, who had not taken the gun out of its holster, was severely injured in the leg and knee.

Big corporations, big payoffs, big headlines, to be sure, Yet, here at the law firm of Ramey & Hailey, we view these gun accident headlines one person, one sad story at a time.

According to not-for-profit corporation Gun Violence Archive, there have been 45,657 gun violence incidents in the U.S. this year alone! As attorneys, we can’t forget the fact that each one of those incidents has at least one personal tragedy attached, with maimed lives and mourning relatives.

We can’t forget the innocent folks whose lives have been thrown off track after they were victims of a gun accident. If you are one of those innocent folks – or if a gun incident claimed the life of a loved one of yours, we want to use our experience and legal know-how to help you recover at least the financial damages you deserve.