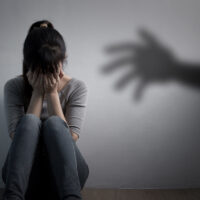 The definition of sexual assault includes rape, but there are other examples, equalrights.org explains, including:

Sexual harassment, on the other hand, includes any behavior that is sexual, sex-based, or gender-based, regardless of the orientation, gender-identity, sexual interests or pleasure of the harasser. Sexual harassment might include:

Title IX (“Title 9”) of the Education Amendments Act of 1972 makes discrimination based on gender illegal at schools, colleges, and school programs (including school-affiliated sports teams, programs, and clubs) and in any education program that receives federal funds. Sexual assault and sexual harassment are forms of gender discrimination under this law. The Title IX process is a type of student misconduct complaint which is investigated internally, and not connected to the criminal justice system.