SOMETIMES IT TAKES AN ENTIRE SYSTEM TO FAIL ONE PATIENT 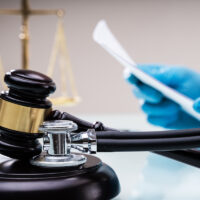 More than fifteen years ago, then-Indiana Governor Mitch Daniels issued an Executive Order requiring our Indiana State Department of Health to implement a medical error reporting system.
At Ramey & Hailey Law, where we have been helping victims of medical malpractice for more than forty years, we were reminded of one particular sentence in that Executive Order:

“Medical errors generally are not the sole result of actions of individuals but rather the failure of the systems and processes used in providing healthcare.”

Mr. A.’s sad story, which unfolded over a number of years, began with a September, 2014 visit to the emergency room of an Indiana hospital.  The patient was experiencing shortness of breath, and a chest X-ray was taken. Despite the lung and heart abnormalities noted by the radiologists (brought in by the hospital), the patient was discharged and no further studies were done. Two months later, Mr. A. returned to the emergency room, complaining of chest pain along with shortness of breath.  Again, a chest X-ray was taken by a different representative of the same group of radiologists as the previous one. This radiologist again found heart and lung abnormalities, reporting possible infection, yet no additional testing was done and the patient was discharged.

One month later, Mr. A. showed up yet again at the ER, where a third employee of the radiology practice did a chest x-ray, pronouncing the general results “normal”. Between that visit and the next one, which took place in May of 2015, Mr. A. continued to suffer from shortness of breath and fatigue.  This time, the chest X-ray was interpreted by a third radiologist, who allowed the patient to be discharged with no follow-up.

The “final” ER visit in this unhappy sequence occurred in April, 2016.  Once again, a chest X-ray was ordered, but this time the continued abnormalities were noted, and a series of CT scans was recommended. That series of scans, which happened over the following two months, revealed a malignancy on Mr. A’s right lung.  Alas, it was late in the game: a 3.3 centimeter abnormality which had shown up on one of the 2014 X-rays had now developed into a 7 centimeter cancerous mass, involving the patient’s lymph nodes, and spreading to other parts of his body! The new reality for Mr. A. was that his alternatives for treatment, along with his chances of survival, had been greatly reduced.

Under Indiana law, different entities may be held liable for medical malpractice, including:

In the personal injury case of Mr. A., the defendant is the radiology practice whose representatives failed to recommend treatment after seeing the abnormal X-ray results over a period of three years.

It was true fifteen years ago and it is true today.  Medical errors generally result from failure of the systems used in providing healthcare.

Truly, sometimes it takes an entire healthcare system to fail one patient. And what that means, we know at Ramey & Hailey, is that individuals who have been hurt through medical malpractice must speak up, allowing legal professionals to bring matters of wrongdoing and neglect into the civil courts.