TALCUM AND OVARIAN CANCER– HAS THE PROBLEM BEEN SOLVED? 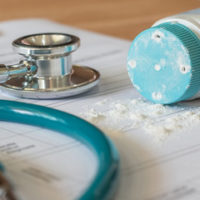 “Does talcum powder cause cancer? A legal and scientific battle rages”,
reports Jen Christensen of CNN. More than 4,800 women and their families have now sued Johnson & Johnson, claiming their ovarian cancer traces back to their use of the company’s talc-based product, Johnson’s Baby Powder. Other lawsuits have been brought against:

What is talcum powder and is it, in fact, a risk factor for ovarian cancer? Talcum power is made from talc, a mineral containing magnesium and silicon that is mined in rock form. The rocks are crushed, dried, and milled into a fine power which is used to absorb moisture.

The controversy over whether the use of talcum powder for feminine hygiene is linked to ovarian cancer began as far back as the 1970s.  The belief was that talc particles entered a woman’s reproductive system through the vagina, traveling through the cervix into the uterus, then through the fallopian tubes to the ovaries. In fact, a majority of ovarian tumors were found to contain particles of embedded talc. One claim was that talcum powder products had been contaminated with asbestos, and that, in fact, was what was causing women to develop the cancer mesothelioma. (The two minerals, talc and asbestos, are often mined near each other.)

A brief history of the ovarian cancer lawsuits includes the following:

2013    Woman wins lawsuit against Johnson & Johnson, but no damages are awarded.

2016    A St. Louis jury awarded the family of a woman who died of ovarian cancer $10 million in actual damages, and a further $62 million for punitive damages.  Another St. Louis jury awarded $5 million in actual damages and $50 million in punitive damage to a woman for claims that daily use of talcum powder was responsible for her ovarian cancer diagnosis, leading to the need for a hysterectomy and other medical procedures.  A jury awards a woman from Modesto, California, over $70 million in a lawsuit alleging that Johnson & Johnson acted with “negligent conduct” in the production and sale of its flagship baby powder product.

As many as 2,500 lawsuits are still pending against Johnson & Johnson. A motion has been made to create a Multi-District Litigation (MDL) suit to consolidate the legal complaints and speed up the litigation process to provide faster relief to suffering women.

A personal injury lawyer is a lawyer who provides legal representation to those who claim to have been injured, physically or psychologically, as a result of the negligence or wrongdoing of another person, company, government agency, or other entity.

Personal injury, of course, doesn’t happen only because of car wrecks or medical malpractice. You have a legal right to recover compensation when you are injured as a result of someone else’s careless action. Johnson & Johnson has been accused of careless actions – knowing of the possible health risks in their baby powder products and failing to warn consumers of those risks.

Product liability is an area of the law in which manufacturers and sellers are responsible for defects in products they place in the hands of consumers that cause injury. Johnson & Johnson is being accused of failure to warn.

If you’ve used talcum powder manufactured by Johnson & Johnson and have experienced any unusual side effects, you should contact your doctor immediately. If you have developed ovarian cancer, at Ramey & Hailey we can help you file a talcum powder ovarian cancer lawsuit and potentially receive financial compensation for your injuries.