THE SECOND STOP FOR THE SEXUALLY ABUSED – A PERSONAL INJURY ATTORNEY 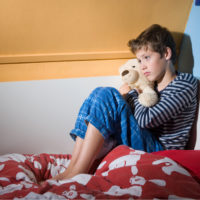 Isn’t sexual assault or abuse a matter to be handled by the police? What’s the point, I’m often asked, of going to an attorney and filing a lawsuit against a sexual offender – that won’t put him/her in jail!

Those questioners have a point – only a criminal prosecution can result in jail time for the offender. However, a civil lawsuit is often the only way victims of sexual abuse can get monetary compensation for the physical and emotional harm they’ve suffered.

But where does the money come from, you may ask? After all, most sexual assault perpetrators don’t tend to be among the very wealthy! True, I explain, but a civil suit can often be brought against another party such as a place of business, an organization, or a school that failed to provide proper supervision and prevention.

As a personal injury lawyer, I find the most heartbreaking cases of sexual abuse involve children. And, do you know what? Even more heartbreaking to us at Ramey & Hailey are the cases we don’t see, because they’ve never been reported!

Studies by the Crimes Against Children Research Center show that:

What do I mean when I say “mental health issues”? The Crimes Against Children Research Center explains:

A child who is the victim of prolonged sexual abuse usually develops low self-esteem, a feeling of worthlessness and an abnormal or distorted view of sex. The child may become withdrawn and mistrustful of adults, and can become suicidal.

When the sexual abuse of a child happens within an organization such as a school or church, criminal action can be brought against not only the offender, but against the organization that employed that offender. Legal entities that can be sued include:

These legal entities can be shown to have one of two types of liability. The first is called “vicarious liability”, the Pew Research Center explains. A lawsuit does not claim that the organization itself caused harm, only that a representative or employee of that organization did, because the wrongdoer who actually committed the crime represented that organization.

The second type of liability for which an organization can be sued is “breach of fiduciary duty”, in which an institution failed to investigate accusations of wrongdoing by one of its “agents”. Examples include:

Parents and siblings of children who have suffered abuse are often afraid to trust any advisor. It’s very likely that the sexual molestation came about not at the hands of a stranger, but through an adult in a position of trust in that child’s or young person’s life – a minister, a teacher, a mentor, coach or advisor, often in a place that was meant to be a haven and a learning experience.

At Ramey & Hailey, we’re devoted to listening without judgment and taking action as appropriate. We know the path to filing – and winning – a civil lawsuit related to child sexual abuse. Indiana law requires that any action must be filed:

Reality is, children who have been victims of sexual abuse are going to need – and should be entitled to – financial compensation to help get their lives back on track!