THERE IS NO “AVERAGE” CAR ACCIDENT SETTLEMENT 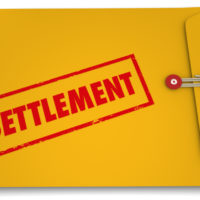 When you’re trying to put your life back together after a serious automobile accident, you hardly know where to start. While your body fights to overcome the physical injuries you’ve sustained, your mind is trying to stay calm and clear-thinking. Naturally, one of your big concerns is getting the financial help you’re going to need. The other driver’s insurance company has already offered you a settlement.  Sounds like a lot of money, but will that be enough, given the emergency room visit, the tests, the consults, the treatments, with plenty more of those yet to come?

As longtime personal injury attorneys in Indiana, we work extensively on accidents resulting in catastrophic losses resulting from car accidents.  And when insurance simply is not enough to compensate for those losses, our firm is there to see you get the recovery you deserve.  What we’ve found over the years is this: The biggest question on clients’ minds is “How much?”  Just what IS the amount of the average car accident settlement in this state?

And while this may not be what our new clients want to hear, at the starting stages of our work together, the only honest answer is “It depends”.

There are a number of factors which impact the amount of any car accident settlement. Each of these factors must be investigated, documented, and evaluated before it can become part of the negotiations we carry on with the insurance company, or, in a very few cases, part of the evidence a jury weighs in a trial. These factors include:

It’s important to understand auto insurance law in Indiana. We are a “fault” insurance state.  What that means is that, after being hurt in an accident in which another driver was at fault, you have the right to sue.  Actually you have three choices:

(In “no-fault” states, the injured person cannot sue the other driver for pain and suffering, emotional distress, or inconvenience.)

The other thing important to mention is that the damage to your automobile will be settled separately from any injury claim. The insurance company will typically pay for the cost of repairs and the cost of replacement parts.  If those costs exceed the value of the car, the insurance company might call it a “total loss” and pay you for the depreciated value of your car.

There are minimum amounts of financial responsibility for car accidents in Indiana, known as 25/50/25:*

You’re beginning to understand why there’s no quick answer to the question “So how much can I expect to get in a settlement?”  But there’s much more to think about.  When an accident causes bodily harm, health insurance companies may also get involved. In fact, if your health insurance is through an employer, or through Medicare or Medicaid, a lien might be placed on any settlement you eventually receive by that insurer.

Even more complexity is involved because, in addition to recognizing the financial losses you’ve suffered through medical bills and lost earnings, the law considers physical pain and suffering plus mental pain and suffering (anxiety, shock, and even sexual dysfunction), if those are judged to have originated with your accident.

At Ramey & Hailey, we understand. You’ve got, and rightfully so, a big, burning question on your mind: How much – and how soon – will I get the financial help I need?  We know you don’t want to hear this, but the answer, for now, at least, is the same: “It depends!”