WAS IT A GUN OR A PERSON THAT HURT YOU? CAN YOU RECOVER A SETTLEMENT? 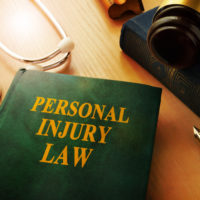 Did you know – if you or someone close to you was unintentionally injured by a firearm, there may be financial recourse available.  But, you wonder, if you win your case, who will pay?  It depends. Your Indiana personal injury attorney will first need to know one thing: was it a gun, rather than a person, that hurt you?  If it was the gun itself that caused harm because it was “defective”, you may recover a settlement under product liability law, from:

On the other hand, if the gun itself was not defective, but instead your injury was caused by a person’s negligence in storing or handling the gun, you might recover a settlement under gun liability laws. Alcohol and drug-related gun accidents occur at home while owners are showing their guns to others; alcohol-impaired hunters shoot humans, mistaking them for animals. Owners fail to engage the safety on their guns, or leave guns where children can find them.

You’ve only to turn on your TV or radio to know that injuries from firearms are on the rise. The number of laws is on the rise, too. The facts of your case will determine which federal laws and which Indiana laws can be of most use in helping you get financial help after a gun injury.

You will certainly not be alone.  According to the National Center for Injury Protection and Control, “Each year more than 70,000 people are treated in hospital emergency rooms for non-fatal gunshot injuries.” Many, many of these shootings are unintentional, but if you’ve been injured in a gun accident, injuryclaimcoach.com, you may be entitled to compensation.  And, if a loved one died in a gun accident, their estate may have a wrongful death claim.

“The State of Indiana proves to be one amongst the many states that have very few restrictions regarding firearms,” says gun.laws.com, explaining that:

Only the following are prohibited from purchasing firearms in Indiana:

One of the purposes of this personal injury blog is to reach innocent folks whose lives have been thrown off track after they were victims of a gun accident. If that includes you, the fact is, the law failed to protect you from harm. Now you need a shoulder to lean on, someone with the experience and legal knowhow to help in the recovery.

The work in building a personal injury case involving guns begins with carefully going over all the details. If your case is going to revolve around a malfunctioning gun, using product liability law, that might mean that:

If, on the other hand, your case is going to focus on the negligence of the gun owner, that might mean that:

You never wanted yourself or someone you care about to become part of a statistic. You never imagined that you’d be a claimant in a personal injury lawsuit. The U.S. Centers for Disease Control and Prevention tells us that, every year, some 100,000 Americans are victims of gun violence.

The laws governing recovery in the case of firearms injury are complex, and winning a gun liability case in Indiana can prove particularly challenging. At Ramey & Hailey Law, we will first need to know: Was it a defective gun or a person’s negligence in storing or handling a gun that resulted in caused you harm?