WHAT CAN “RECOVERY” MEAN AFTER A MASS SHOOTING? 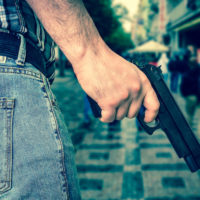 Here at the law firm of Ramey & Hailey, gun violence is much more than a matter of statistics, more than the near-daily headline fodder for Indiana TV news anchors. In fact, one of the purposes of this personal injury blog is to reach innocent folks whose lives have been thrown off track because they or someone they love has been the victim of a gun accident. The law failed to protect them from harm, and now they need a shoulder to lean on, someone with the experience and legal knowhow to help in the recovery.

When it comes to  shooting victims, we reflect, the word “recovery” itself is filled with irony. After all, no amount of money can bring the murdered back to life. Our task then, becomes seeking financial recourse to help both the families of those killed, and those severely injured survivors.  “Recovery” refers to dollars, dollars needed for the extensive medical and psychological treatments to come.

The mass shooting at the Virginia Beach Government Center happened less than one week ago. The shooter?   Before being killed by police, 40-year old DeWayne Craddock, who had worked as a certified professional engineer in the city’s public utilities department for 15 years, shot and killed 12 people, one in the parking lot, the others on three different floors in the building.

Later on that very same day, there were reports of one person being killed and two others critically injured by shooting on Indianapolis’ southwest side. Then, just three days ago, there were two different shootings in Indianapolis, one downtown, one on the west side.

When a loved one is killed, it is emotionally trying – even more so if you are suddenly confronted with a sudden loss of the primary source of income in your family, says MoneySense.com.  “Unfortunately, you will need to attend to financial matters even as you grieve your loss.”

As personal injury attorneys in Indiana, we are here to help you do just that – attend to financial matters. And if you or someone close to you was injured by a firearm, there may be financial recourse available through the civil court system.

In the United States of America there are plenty of guns, with plenty of laws, both federal and state, governing gun manufacture, gun sale, and gun use. There is also plenty of gun violence. In the shootings mentioned here that happened in the course of just one short week, there were many, many victims. For each victim, there are people who cared about them and who depended on them for financial and emotional support.

Certainly the word “recovery” holds a lot of irony. But if you are the survivor of a shooting, or the dependent of a shooting victim, our attorneys at Ramey & Hailey Law stand ready to use our experience and legal know-how to help you “recover” at least the financial security that has been so cruelly and so suddenly taken away.