WHAT NOT TO SAY AFTER AN AUTO ACCIDENT 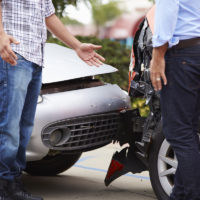 There’s a recently revived makeover reality television series called “What Not to Wear”, designed to steer women away from making unflattering fashion choices. At Ramey & Hailey, we’re not in the fashion industry, but if our personal injury attorneys had the time to produce a TV series, it would be about auto accidents, and we would name the program “What Not to Say”.

“Avoid making admissions against interest,” the Injury Claim Coach warns, referring to statements and comments that can be used against you later by the insurance company when you make a claim. Careless remarks, the authors explain, can end up costing you thousands in settlement money.

The Injury Claim Coach authors list a number of such careless accident scene admissions that can ‘come back to bite”:

The reason these are “not-to-says” relates to the concept of comparative negligence. If you are shown to share some of the blame for the accident, that will affect any settlement that might be coming to you.

Indiana is a “modified comparative negligence” state. That means that you can recover damages from another party, but those will be reduced by a percentage that corresponds to your own share of fault.  And, if your share of fault for the accident exceeds 50%, you won’t be able to recover anything at all.

Remember, the “What Not to Say” advice does not mean that a driver should lie; what it does mean is that, in the heat of the moment, it’s always best to let everyone involved calm down before you comment or react.