WHO CAN BE HELD LIABLE FOR TERRORISM-CAUSED INJURIES? 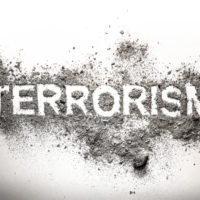 In October, 2017, after a 29-year-old male driving a rented Home Depot pickup truck plowed into bicyclists and pedestrians on the West Side of Manhattan in New York City, 8 people were left dead and more than 12 injured.

In that same month, a high-stakes gambler named Stephen Paddock opened fire on a concert crowd in Las Vegas, Nevada, killing 58 and injuring an additional 546 people.

In November, there was a shooting attack at a Sutherland Springs, Texas church during worship services that left 26 people, including 9 children, dead and more than 20 injured.

The FBI defines terrorism as “an attack motivated by political, religious, social, racial, or environmental beliefs”. But all hijackings, suicide bombings, and shootings wreak devastation in the form of physical and mental injuries. Post traumatic stress disorder may force someone who has been a victim of – or a witness to – a terrorist act to change jobs or even to stop working, causing financial hardship to the family, which in turn can result in divorce and, home repossession, and even bankruptcy.

If you have been involved in a violent attack on civilians, is there any way to get compensation to help you put your life back together? If a family member died in the attack, is there a way for you to get financial help?

As personal injury attorneys, we can tell you the answer is “yes”. If you have suffered a traumatic ordeal, you need legal representation if you are to have a chance at receiving compensation. But, since each incident, each injury, each life story is different, at Ramey & Hailey, we’ve found, victims need more than a chance at compensation; they need compassionate, personalized counsel.

“Usually, when people talk about “trauma,” they’re using the term to describe an emotional reaction to an event,” Almendrala and Schumaker comment in the Huffington Post. “But in the medical sense,” they explain, “trauma is a physical, chemical experience, where a person believes their life or body is under threat ― and it triggers temporary changes to a person’s strength and cognition in order to help them make it out alive,”.

But who IS it, exactly, that may be held liable for injuries inflicted on innocent victims in an attack?  And what if the attacker is now dead?

Here are just a few of the issues that a personal injury attorney will investigate in finding possible third-party liability for the crime:

If your life or the life of a member of your family has been taken or forever changed due to a violent attack on civilians, the possibility for compensation exists. At Ramey & Hailey, our personal injury attorneys invite you to let us find out.