YOUR INJURY ATTORNEYS IN THE NEWS: A CLEAR LINE FROM THE ACTION – OR INACTION – TO THE INJURY 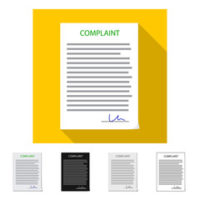 “The city of Indianapolis’ practices, customs and policies, as well as its failure to properly train and supervise, resulted in all of the injuries suffered by Carl Williams on August 23, 2016.”  That sentence represents just one line in the15-page “complaint” document which was filed in the United States District Court by personal injury attorneys at Ramey & Hailey, representing clients Carl and Sonia Williams.

If you have suffered harm which you believe was the fault of a government or a governmental agency, including the IMPD, our attorneys will help you begin the process by filing a complaint with the court.  But understand this: whenever you bring a personal injury lawsuit because you were injured, you must be able to prove that:

For example, if you underwent surgery which did not succeed in helping your condition, that does not necessarily mean the surgeon was guilty of malpractice – you have to prove to the court that the surgeon failed to treat you properly.. If you were harmed in an automobile accident,  that does not necessarily mean it was the fault of the driver of the other vehicle. One basic principle driving our work at Ramey & Hailey over more than forty years is that a clear line must connect what the defendant did or did not do –  and the injury our client suffered.

The injuries – financial, psychological, and physical – suffered by homeowner Carl Williams, (who has been unable to continue his work at the U.S. Postal Service after being shot by a police officer), were “a direct and proximate result of the acts, omissions, and failures of Officer Christopher Mills”. There is a clear line from the action to the injury.