YOUR INJURY ATTORNEYS IN THE NEWS: HOMEOWNER’S POSSESSION OF HANDGUN LEGAL UNDER 2ND AMENDMENT 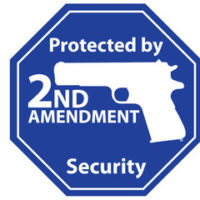 Two years ago, learning that his wife Sonia had been accosted by an assailant demanding that she turn over the car keys, homeowner Carl Williams retrieved the Glock 27 semi-automatic pistol he kept safely stored for protection. Emerging from the house into their well-lit garage, Carl was mistakenly shot by Officer Christopher Mills of the Indianapolis Police Department, who had mistaken him for the criminal.

Williams, now disabled, turned to Indianapolis personal injury lawyer Rich Hailey for help recovering some of the extensive medical and hospital costs, as well as the lost wages and psychological trauma he and his wife have suffered as a result of this tragic “accident” two years ago.

Failing to negotiate a fair settlement for those damages, the Williams couple is now suing the police department, the city of Indianapolis, and Officer Christopher Mills, and on August 20 of this year, a federal civil suit was filed in the U.S. District Court of Southern Indiana. Williams never made any verbal or physical threats to members of the Indianapolis Metropolitan Police Department,” the lawsuit says, “but merely took reasonable steps to protect himself and his family while on his private property.”

“Gun ownership is a Constitutional right, protected by the Second Amendment,” Terry Newell writes in the Huffington Post. “It is a freedom that the roughly 20 percent of Americans who own guns cherish,” Newell adds. But, in society, he explains, freedom comes with responsibility. For their part, gun owners have a responsibility to store and use their firearms safely. (The lawsuit emphasizes that Williams legally owned his firearm. A former military police officer, Williams knew how to handle his own weapon.) On the other hand, law enforcement and other safety personnel have a responsibility to protect the public against gun violence (the carjacker had threatened Sonia Williams with a gun).

Interviewed about the case by several local TV and radio stations, Indianapolis attorney Hailey was careful emphasize that Indianapolis does not have adequate policies and training to prevent officers from using deadly force when they shouldn’t. “This training is particularly important in a society that grants civilians access and rights to own and use firearms for personal protection in their homes and on their private property”.