YOUR INJURY ATTORNEYS IN THE NEWS: IF A GOVERNMENT OR GOVERNMENT AGENCY IS AT FAULT, YOU CAN SUE 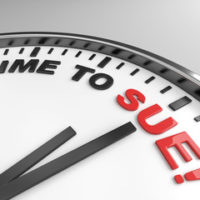 Up until recently, you couldn’t sue a city or a government agency.  The reason? It was called “sovereign immunity,”and that doctrine protected governments from most lawsuits.  Times have changed, and today, as Findlaw explains, “If hurt or injured and the government is at fault, you can sue them for damages.”

When governments are responsible for accidents or injuries, they can be sued. Such lawsuits might relate to:

Sometimes, though, suing City Hall involves citizens’ rights that have been abused because unwarranted force was exercised by the police. That is exactly the reason why the personal injury attorneys at Ramey & Hailey are representing clients Carl and Sonia Williams in their lawsuit against the City of Indianapolis, the Metropolitan Police Department, and Officer Christopher Mills.

Carl and Sonia Williams vs. Indianapolis Metropolitan Police Department, City of Indianapolis, and Officer Christopher Mills is an example of a federal civil suit, and therefore was filed in the United States District Court Southern District of Indiana, Indianapolis Division.

If you have suffered harm which you believe was the fault of a government or a governmental agency, our attorneys will help you begin the process by filing a complaint with the court. A copy of the complaint is “served” to the defendant (the organization or persons whom you believe caused the harm). The complaint describes your damages or injury, explains how the agency or person caused the harm, and asks the court to order relief.

To avoid the expense and delay of holding a trial, the judge may encourage you and the other parties to try to reach an agreement resolving the dispute, perhaps using mediation or arbitration to arrive at a settlement. In fact, the Carl Williams case was filed after two long years of failed attempts to negotiate a fair settlement to compensate Carl and Sonia Williams for all the pain and suffering and medical expenses caused by the 2016 shooting incident.