YOUR INJURY ATTORNEYS IN THE NEWS: MALPRACTICE LED TO INJURY INSTEAD OF HOPED-FOR HEALING 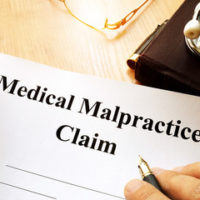 It might be said that medical malpractice is one of the saddest categories of the law, because it involves injury and suffering that happened when what was hoped for was – help and healing…

Lawsuits may be filed against doctors, nurses, anesthesiologists, healthcare facilities, pharmaceutical companies, and others who provide healthcare services. When a hospital’s employee injures a patient, the hospital itself may be held liable. That’s why, when earlier this month, the law firm of Ramey & Hailey filed a proposed medical malpractice complaint with the Indiana Department of Insurance, three individual medical practitioners, one hospital, and one healthcare organization were all named as having helped bring about the sad, sad result of S.C.’s loss of an eye.

Some interesting and relevant facts to know about medical malpractice in our state:

Medical malpractice occurs when a health-care provider deviates from the recognized “standard of care” in the treatment of a patient (which means what a reasonably prudent medical provider would or would not have done under the same or similar circumstances).

In any personal injury lawsuit, “pain and suffering” will be calculated, measuring the amount of medical bills incurred (and which are likely to be needed in the future), earnings lost so far(and those anticipated to be lost in the future), and loss and pain caused to family members.

But can pain and suffering really be “calculated”?  Imagine this patient, who, due to a misdiagnosed and mistreated eye infection, ended up losing her right eye. S.C. suffered permanent and life-changing injury because the medical treatment she was given fell below the accepted standard of care….