YOUR INJURY ATTORNEYS IN THE NEWS: MEDICAL MALPRACTICE CLAIMS HAVE A FRONT END AND A BACK END 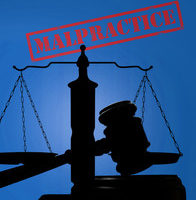 Just last year, Indiana personal injury attorney Rich Hailey explains, the state of Indiana amended its Medical Malpractice Act, changing the cap on the amount injured patients can collect for a medical malpractice claim. Claims registered between July 1, 2017 and June 30, 2019 are capped at $1.65 million per injury.  After that date, the cap rises to $1.8 million.

The money to actually pay claims to the injured party comes from two different sources:

The malpractice complaint was filed on behalf of S.C., a patient who, two years ago, due to a misdiagnosed and mistreated eye infection, ended up losing her eye. Because the medical treatment given the plaintiff fell below an accepted standard of care, and, as a result, S.C. suffered permanent and life-changing injury.

It is obviously crucial to provide financial compensation to an injured party in as timely a manner as possible, and last year’s Indiana medical malpractice law update recognized that: Any claim from the Patient’s Compensation Fund must be paid to a plaintiff within sixty days of a final judgment or settlement approval.

The preamble to the Medical Malpractice Act emphasizes that “all parties involved in a medical malpractice case in Indiana are expected to make an honest effort to stick to legal timelines and to be expeditious.”

Despite the very important updates, the Indiana Medical Malpractice Act is hardly uncomplicated, and it is important for clients who’ve suffered an injury due to malpractice  to have an experienced personal injury attorney on their side.

With large sums of money at stake, and medical care being such a technical and highly specialized field, it can be an enormous challenge to establish a connection between what medical practitioners and institutions did – or did not do – and the injury suffered by the patient.