YOUR INJURY ATTORNEYS IN THE NEWS: POLICE INSENSITIVITY TURNS TRAFFIC STOP INTO A TRAVESTY 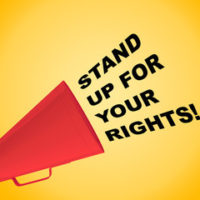 When citizens’ rights have been abused because unwarranted force has been exercised by the police, sometimes the only recourse is to “sue City Hall”. That is exactly the reason personal injury attorneys at Ramey & Hailey are representing clients Kevin Brown and Beverly Dianne Brown in their lawsuit against the City of Indianapolis, the Metropolitan Police Department, and Officer Emily Perkins.

Just two years ago this month, Kevin Brown, a tenured Professor of Law at the Maurer Law School at Indiana University, was returning home from a conference in Cleveland, Ohio, where he had delivered a paper at Case Western Reserve Law School. Dr. Brown’s wife Dianne, an Events Specialist at I.U., was with him in the car as they drove through the “Spaghetti Bowl”, the series of roads near downtown Indianapolis connecting highways I-70 and I-65.

Noticing the flashing lights of a police squad car in his rear view mirror as he approached the intersection of the two highways, Brown veered into the right lane to allow the squad car to pass. The squad car veered right, and, assuming the police officer was attempting to pass on the right, Brown moved into the left lane. Finally realizing that the officer was trying to flag him down, Brown continued driving until he could reach an exit where he could pull over safely.

Approaching the car in a belligerent, aggressive manner, Officer Emily Perkins berated Prof. Brown for not stopping. Although Brown provided his Indiana Bar Association card and driver’s license, Officer Perkins ordered him to get out of the car and handcuffed him. When Dianne Brown attempted to record the incident, her cell phone was confiscated and she was handcuffed as well.

Neither of the Browns recall being told what the charges were, nor were they read their Miranda rights.  Formal charges were brought against Brown (one felony, one misdemeanor). He was taken to jail and forced to engage the services of a criminal practitioner. Only after daughter Crystal Brown, an attorney with Eli Lilly, intervened, was her father released from jail.

It was later learned that, during her tenure with the Indianapolis Metropolitan Police Department, defendant Officer Emily Perkins received several complains of excessive force, rudeness and lack of professionalism. In fact, as a Policy Academy trainee, she had been found to have communication issues, experiencing difficulties in getting along with superiors and team members.

Here at the law firm of Ramey & Hailey, we are dedicated to helping citizens stand up for their rights and determine their remedies. The kind of illegal, unlawful, excessive and unwarranted force perpetrated against Plaintiffs Kevin and Dianne Brown cannot be – and should not be ignored. It is time to “sue City Hall”!