YOUR INJURY ATTORNEYS IN THE NEWS: POLICE WHO ABUSE POWER MUST BE HELD ACCOUNTABLE, LAW PROFESSOR STATES 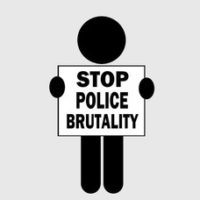 There is no doubt in the minds of Kevin Brown, longtime professor at Indiana University’s Maurer School of Law in Bloomington, Indiana, and in that of his wife Dianne Brown,  that their race was a factor in the needlessly aggressive way in which they were treated during a traffic stop two years ago.

The Browns are both African-American; the Indianapolis police officer who made the stop, Emily Perkins, is a white female. As reported in Law.com, the Browns made the decision to go public with their lawsuit sooner than planned after learning that Officer Perkins is the subject of a recent internal police investigation related to her over-aggressive treatment of citizens in a nightclub incident last month.

“I’m a law professor,” Brown told Law.com. “If I can’t bring light to this, I’m not doing my duty. I know there will be few people in Indianapolis with my credibility who have a run-in with the police. I can do something about it.”

Professor Brown chose the personal injury attorneys at Ramey & Hailey to represent them in the lawsuit filed a week ago against the City of Indianapolis, the Metropolitan Police Department, and Officer Emily Perkins.

The Browns’ claim, he explained to Law.com, is about civil rights, but also about the excessive use of police power. “The main thing that really hit me,” Brown says,”is this: I’m the longest serving professor of color in the state of Indiana… If she (Perkins) can get away with what she has done to me, she knows she can do this to any black person in the state and there won’t be any repercussions for her.”

The Browns have retained the law firm of Ramey & Hailey. Attorney Richard Hailey, as former President of the American Association for Justice (also known as the American Trial Lawyers’ Association), lends his own high level of credibility to the case.

The kind of illegal, unlawful, excessive and unwarranted force perpetrated against plaintiffs Kevin and Dianne Brown, Ramey & Hailey law partner Mary Beth Ramey affirms, cannot  – and should not – be ignored. It is high time for undue violation by police of citizens’ rights to have – repercussions!