CHILD TRAFFICKING RECOURSE: NOT THAT ONE – THOSE 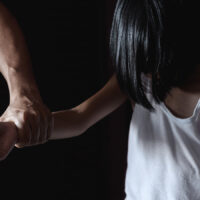 One of the many myths about human trafficking, our Indiana Attorney General explains, is that it does not occur in the United States. Truth is, he explains, this exploitive violent, criminal industry places an estimated minimum of 300,000 American youths at risk of becoming victims of commercial sexual exploitation. But aren’t there laws against trafficking? Oh, yes.

Federal law:
The Victims of Trafficking and Violence Protection Act holds entities such as hotels, casinos, restaurants, and truck stops that benefit from human trafficking liable if they know or “should have known” about such exploitation and did nothing to alert the authorities or prevent sexual exploitation of minors.

The problem – the law can help find and punish perpetrators, but what about their young victims? Those children and their families are going to need help rebuilding their lives – money for medical treatment, money for psychological counseling, and for job training. Ironically, it is almost impossible to pin down and then collect money from the traffickers themselves.

At the law firm of Ramey & Hailey Law, we are joining forces with law professionals in other states to come at the problem of human trafficking in a unique way – targeting business entities that profit financially from human trafficking, hitting those businesses where it hurts – their pocketbooks through the civil court system. The courts have the power to not only impose punitive damages in the millions of dollars on the corporations that “stood silently by”, but to award damages, as well as attorney’s fees, to victims.

Certainly, at Ramey & Hailey, we’re aware that recovering damages in a lawsuit against a motel or hotel chain, a spa conglomerate, escort service or social media company isn’t going to undo the terrible harm that traffickers have done to their victims. But when we focus not on “that one” (the perpetrators), but on “those” (the business entities), we make a start at easing the financial burden on the victims, and stopping business profiteering.