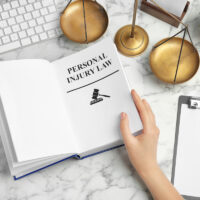 It seems hard to fathom, but, despite the shift from commuting to work to working from home, Indiana saw an increase in the number of fatal car crashes in 2020 as compared to the year before. In fact, in Marion County, where the offices of Ramey & Hailey are housed, fatal crashes increased 31% in 2020 compared with the prior year.

Apparently, we Hoosiers are not alone – the increase in traffic deaths matches a nationwide trend. As the National Safety Council reports, despite a drop of 13% in vehicle miles traveled, vehicle deaths increased 24%!

But, why???  Why did traffic deaths go up even when more people were staying at home?  “It’s tragic that in the U.S., we took cars off the roads and didn’t reap any safety benefits, National Safety Council president said. In fact, she points out, motor vehicle deaths are estimated to be the highest in 13 years!  It’s clear, she concluded, that risky driving behaviors have gone up, including:

The National Safety Council has called on President Biden to commit to zero death plan that would include the following:

California-based personal injury attorney Michael Ehline predicts that car accident speeding deaths will increase through 2021, describing it as the “COVID-19 Effect”. Realities include:

At Ramey & Hailey Law, we have learned over the past forty years that many of the victims of motor vehicle accidents (the real people behind all those statistics from the Safety Board) are pedestrians or passengers in vehicles hit by other cars and trucks. Our mission is to help victims – or their surviving family members – get their voices heard and gain the financial compensation they need for medical bills and income replacement.

Even if a death has not been caused in an accident, what we have learned is that, without expert help, the most devastating effects of having been in an accident might be financial.