IN THE NEWS: ESTATE OF MAN KILLED BY POLICE SUES INDIANAPOLIS 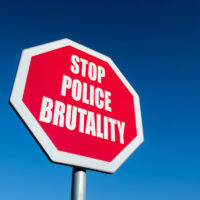 Two years ago, the Indianapolis Star reports, after a van in which he was a passenger was pulled over by police in connection with an alleged drug deal, DeShon Downing was shot and killed by police officers. Now Downing’s estate is bringing a wrongful death lawsuit against the City of Indianapolis.

The account of the incident offered by the Indianapolis Metropolitan Police Department sounds all too familiar – 1. Downing was asked to step out of the vehicle but refused. 2. Downing pointed a gun at the officers.  According to the family, IMPD and the City of Indianapolis declined their requests to access a home surveillance video that may contain valuable evidence, either proving or disproving IMPD’s claim that Downing was holding a firearm (a claim denied by the driver of the van).

The lawsuit seeks monetary damages and jury trials against the two IMPD officers who shot Downing. “Out of respect for the judicial process, we do not comment on pending legislation,” a statement from the Indianapolis Office of Corporation counsel said.

Although the personal injury attorneys at Ramey & Hailey Law are not involved in this pending case in any way, (and therefore have no comment on either side of that case), we believe there are several important takeaways for readers of this blog: