IN THE NEWS: PURDUE PHARMA LIABLE FOR ILLEGALLY PROMOTING OPIODS 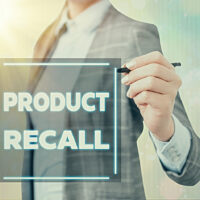 The Purdue Pharma Company has just agreed to plead guilty to three federal criminal charges for using aggressive and misleading advertising, thereby contributing to the opiod crisis in the United States.

With more than 2,000 lawsuits filed against them (totaling around $10 billion), the company has now sought the protection of the U.S. Bankruptcy Court. The Sacklers, owners of the company, became extraordinarily wealthy by promoting the sale of OxyContin, we learn.

“By holding founders and executives accountable for their companies’ actions, the opiod epidemic can improve,” writes Suzette Gomez of the Addiction Center, noting that over the past few decades, drug manufacturers like Purdue, drug retailers and distributors and some doctors have been sued by counties, cites, native American tribes, and other groups.

Purdue Pharma isn’t the only one. A year and half ago, Johnson & Johnson was ordered to pay the State of Oklahoma more than $572,000,000 to compensate the state for expenses related to combating the opiod epidemic, John Culhane wrote in Politico.com. Like the case against Purdue Pharma, the principle is public nuisance, in which injury has been caused to many individuals.

A nuisance can be public or private. In either case, a nuisance unreasonably or unlawfully interferes with others’ use and enjoyment of life or property, alllaw.com explains. When there is a public nuisance, only a public agency can sue to stop the unlawful activity.

At Ramey & Hailey, we deal with private nuisances, in which individuals have been harmed and sue for damages such as medical bills, loss of property value, or the cost of repairs. We’ve been involved in product liability cases for more than forty years, and some of the most regrettable situations our attorneys see are those in which using a product caused long-term, life-altering injuries. The story of opiod abuse is far from over, and we will continue to fight on behalf of victims of abusive over-prescription of this and other products.