IN THE NEWS – TWO CORPORATIONS PUNISHED FOR FAILURE TO WARN 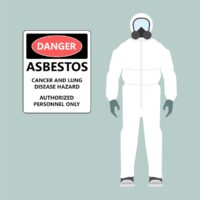 In just the past two weeks, two corporations were ordered to pay big settlements to former employees for failing to warn them of dangerous exposure to asbestos at the worksite.
Both former employees, one in Nevada, the other in Washington State, are now victims of mesothelioma, a rare cancer of the lining surrounding internal organs.

John Wagner had worked as an electrician for more than 50 years, maintaining motor starters and controllers manufactured by the Eaton Corporation. His work involved sanding and filing plastic molded housings that, unbeknownst to Wagner, contained asbestos. “The asbestos content in these products was known only to Eaton, and the company made a business decision not to share that information,” findings revealed. Therefore, Wagner had been unable to protect himself and developed malignant mesothelioma. The award – $15.6 million.

Dennis Woodruff was exposed to asbestos when he worked for Zidell Explorations at the Port of Tacoma, Washington, dismantling World War II ships. Like John Wagner, Woodruff developed terminal mesothelioma. The Zidel company was ordered to pay $11.2 million.

Individuals who have suffered catastrophic injuries or who have died as a result of the irresponsible conduct of others deserve to be compensated for their losses.

By way of background, because of its resistance to chemicals, heat, and corrosion, asbestos used to be a popular building material used in ceilings, floors, paint, and packaging. However once asbestos was connected to breathing issues and cancer, the substance was largely banned in the U.S. during the 1970s and 80s. A person diagnosed with mesothelioma is eligible to file a personal injury lawsuit against an employer who failed to warn employees about the dangers linked to inhaling the toxic mineral.

As personal injury attorneys in Indiana, we are dedicated to offering not just legal representation, but compassionate, personalized counsel to individuals and families who have become mesothelioma victims. They should have been warned!