IN THE NEWS: WHAT IS THIS THING CALLED QUALIFIED IMMUNITY? 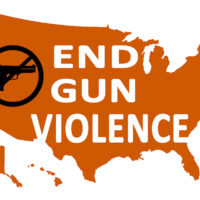 “There’s no economic incentive for policy to change,”explain Cecil Bohanon and Nick Curott in a recent issue of the Indianapolis Business Journal, referring to qualified immunity, that policy that shields police officers from legal consequences of their actions. Eliminating qualified immunity would go a long way towards addressing the policy of police brutality, the authors assert.

At Ramey & Hailey, we strongly agree. The term “qualified immunity” refers to a court-created policy that prevents victims whose constitutional rights were violated from suing government officials or agents unless there has been a violation of “clearly established law”. In essence, plaintiffs must point to an already existing judicial decision with substantially similar facts.

Why on earth was such a policy established in the first place, you might ask? Nathaniel Sobel, writing in Lawfare.com, explains,
The Supreme Court:

Qualified immunity notwithstanding, when governments are responsible for accidents or injuries, they can be sued, we explained in previous Ramey & Hailey NewsBlogs. Two 2018 lawsuits our firm successfully filed serve as examples:

Whether here in Indiana or around the globe, victims of brutality and their families can count on the attorneys at Ramey & Hailey to provide exceptional legal representation. And, when governments – or agents of governments – are responsible for accidents or injuries, they, too, can be sued. Even in cases where the actual wrong was inflicted by individual police officers, a city’s practices, customs, and policies, as well as its failure to train and supervise, can result in a deprivation of citizens’ rights.

Expect to hear more on this unfortunately all-too-timely topic. Know that our law firm is dedicated to reinforcing justice.