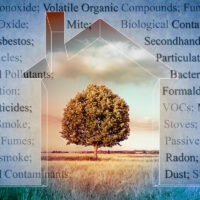 Any activity which creates a substantial interference with your right to use and enjoy your property can be dealt with through legal channels. Your property includes not only the land itself but also the air above it and any water present….. if due to contamination of the air you breathe and the water you drink, there has been damage to your health, our personal injury attorneys can protect and defend you…

The U.S. Environmental Protection Agency is cracking down on coal ash, and Indiana wins the booby prize, with more toxic ash ponds than any other state in America. When coal is burned to generate electricity, the Indianapolis Star explains, with the ash dumped into unlined pits, the leakage contaminates groundwater with cancer-causing substances. In fact, the EPA has issued a compliance letter to Duke Energy’s power plant in New Albany, citing their largest coal ash pond, and ordered the Clifty Creek power plant in Madison, Indiana closed.

According to the Indiana Department of Natural Resources, Indiana is among the top ten coal-producing states in the nation, mostly using surface mines, but also underground mines. Most of the coal production is in southwestern Indiana counties.

Coal ash contains a long list of carcinogenic and neurotoxic (nerve-damaging) chemicals, including:

“Dangerous pollutants are quietly seeping from hundreds of improperly lined and unmonitored coal ash dumps into drinking water supplies and streams across the nation, exposing people and wildlife to toxic and cancer-causing substances,” the authors of State of Failure, a white paper by the organization Earth Justice, explain.

Environmental pollution in our state has been in the news recently; however, the issue is hardly a new one. Just two years ago, in this Ramey & Hailey NewsBlog, we reported a terrifying discovery made in Johnson County, Indiana, where homes were found to have been contaminated with cancer-causing substances in the air and water.

If you or someone close to you has been diagnosed with a condition caused by exposure to toxic substances, knowing your legal rights can be crucial in getting financial help for injuries, damages, loss of wages, and medical expenses.