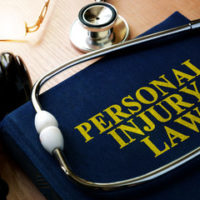 Many physicians facing disciplinary action before their state licensing boards fail to recognize that being disciplined can have long term effects on their:

The book The Biggest Legal Mistakes Physicians Make: And How to Avoid Them advises doctors to take “proactive steps to minimize the effect of any discipline that might be imposed”.

While disciplinary measures are designed to protect the public, the physicians themselves often need protection as well.  With the Medical Licensing Board of Indiana and the Indiana Professional Licensing Agency each prohibited from providing legal advice, physicians who feel their livelihoods are being threatened must turn to the legal profession for help and guidance.

Here at Ramey & Hailey Law, in fact, our attorneys are increasingly called upon to help besieged doctors deal with the emotional as well as financial damage they have suffered as a result of the harsh punitive effects of the physician licensing and disciplinary system.

It’s not only in Indiana that physicians need to become legally proactive. “Unfair and inconsistent disciplinary procedures against NHS hospital doctors are reinforcing a culture of fear in healthcare,” claims the Medical Protection Society in the United Kingdom. In their paper “Getting It Right”, the Medical Protection Society accuses the disciplinary authorities of

Here in the U.S., the regulatory situation is getting steadily worse for medical practitioners. Andy Schlafly, General Counsel for the Association of American Physicians and surgeons (AAPS), a nonprofit group of thousands of physicians, testified that “Physicians feel threatened because they have fewer rights than almost anyone else in a judicial proceeding.  Physicians can lose their license based on very little proof, and inadequate due processt.  Physicians are vulnerable to manipulation of the process for economic reasons, rather than true concern for patient health.”

Worst of all, Schlafly claimed, physicians feel pressured and intimidated to protect their own licenses by altering care to patients. Caught ”between a rock and a hard place”, doctors must take the “safest route” to satisfy their insurance company, rather than providing the treatment most appropriate for the patient.

Many beleaguered physicians have turned to Ramey & Haley to help them defend their rights.

On the other hand, “State medical boards also face suits from physicians who claim they have had their licenses unfairly acted against, the AMA Journal of Ethics explains. Physicians can claim, among other things, that:

”It’s something that every physician dreads – a notice from a state medical board,” writes Capson Physician Insurance. The process, for some, Capton admits, may be even more harrowing than a medical malpractice lawsuit.

At Ramey & Hailey, we know that’s true, and our attorneys are dedicated to providing help. Certainly using legal counsel is important, but, as Internal Medical News stresses, it is equally important to use “a law firm experienced with board proceedings and not just malpractice litigation.”

While disciplinary measures are designed to protect the public, the physicians themselves often need protection as well.