TRAGIC TRUCK-CAUSED PERSONAL INJURIES CONTINUE TO BE IN THE NEWS 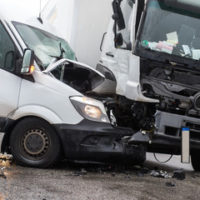 Only last week in our Ramey & Hailey blog, we reported on four crashes at bus stops that killed and injured children, the latest in hundreds of school transportation-related crashes reported by the National Highway Transportation Safety Administration.

In just the past month and half, deadly accidents involving trucks have taken the lives of pedestrians, both adults and children.

In Dallas, a dump truck ran over and killed a 52-year old mother who was crossing the street on the crosswalk.

Highway deaths have been rising in recent years, according to a report released by the Insurance Institute for Highway Safety. Factors that appear to be playing a role include higher speed limits and distracted driving, but the “IIHS report points towards the rapidly growing number of SUVs on the road, suggesting that their design could make them more deadly in a vehicle-pedestrian crash than regular cars.”

The big question in any case where a pedestrian or a passenger is injured or killed is whether the driver (or either of the drivers in the case of a two-vehicle crash) – was negligent. In a crash involving two vehicles, some of the damages may be covered by insurance. But, when insurance isn’t enough to compensate for the losses suffered, our firm is there to see our clients get the recovery they deserve through the legal system.

Truck accidents, you see, aren’t handled the same way as collisions involving passenger vehicles. When a semi truck is involved, there are five different parties that might be held liable for negligence:

When our Indiana personal injury attorneys at Ramey & Hailey are engaged to represent either the family members of pedestrian or car passengers killed or injured in a semi truck accident, we work to obtain compensation for any or all of the following:

The trucker might be employed by a large, multistate commercial trucking company or even an international conglomerate represented by a large legal team experienced in protecting the company from liability.

At Ramey & Hailey, we’ve learned over the years that truck accident victims not only need legal help, they are going to need a whole different level of help!