WHAT’S IT ALL ABOUT, ANCESTRY? 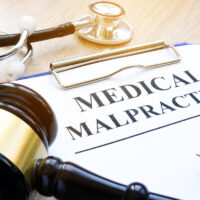 In 2017, following an intensive investigation, Indiana physician Donald Cline pleaded guilty to having acted as sperm donor to his fertility practice patients during the 70s and 80s (telling the would-be mothers either that their spouse’s sperm or that of an anonymous medical student would be used to impregnate them. Decades later, through genetic testing, many of the now adult children discovered that they were related as half siblings. It is now known that Dr. Cline fathered at least 50 children….

Back in the 1970’s, as Sarah Zhang explains in The Atlantic, doctors were performing donor insemination all across the country. Secrecy prevailed, she adds, with doctors advising patients never to disclose to their children the way they had been conceived. Paper records were avoided or destroyed. Why the secrecy?

Dr. Cline was hardly the only medical practitioner to fraudulently use his own sperm to impregnate patients. Over more than forty years, noted Nevada-based fertility specialist Dr. Quincy Fortier impregnated unwitting patients. So far, 24 men and women have discovered their biological father is Fortier.

It was through technology-based services such as 23andme.com and Ancestry.com that some of the offspring of fertility fraud became aware of what had happened; social media enabled the word to spread to other unwitting siblings. As a result of these children and their parents making their voices heard, legislation was signed into law in Indiana in May, 2019 making it a Level 6 felony “to make a misrepresentation involving any medical procedure, device, or drug and human reproductive material”.

Are these two stories relevant today?

The trend of delaying marriage and of expanding the family, conception has become more difficult for an increasing number of couples. According to CDC (Centers for Disease Control and Prevention) statistics, nearly 2% of all children born in America were conceived through in vitro fertilization or other assisted reproductive technology.

A physician or clinic does not need to impregnate patients with his own sperm for  medical malpractice to occur. Malpractice claims may include:

At Ramey & Hailey Law, we are sensitive to the fact that, by the time any couple seeks fertility treatments, they are obviously under a lot of strain and are very emotionally invested in achieving a positive outcome. Whether a less than satisfactory result was actually the fault of the physician or not, patients are likely to blame their practitioners.

Medical practitioners, on the other hand, have a duty to provide adequate care for their patients. Malpractice can occur as the result of a wrongful action taken, or when an appropriate action is not taken; a medical condition might be misdiagnosed, not diagnosed at all, treated improperly, or simply left untreated.

Our mission as personal injury lawyers is to help people determine the most appropriate course of action when they feel that their fertility medical professionals have failed to provide adequate and proper advice and care.