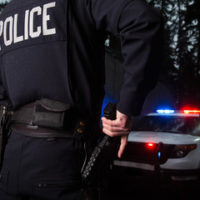 Even as the trial date for the Carl Williams case is being set and the case brought by Kevin and Dianne Brown is being processed, headlines about lawsuits against police are popping up all around the state, indeed around the country. Race continues to be a factor in the needlessly aggressive way in which citizens are being treated by police.

Professor Brown and Carl Williams each chose the personal injury attorneys at Ramey & Hailey to represent them in lawsuits filed against the City of Indianapolis, the Metropolitan Police Department, and two Indianapolis police officers.

Meanwhile, a northwest Indiana family has filed a federal lawsuit accusing Hammond, Indiana police officers of excessive force, false arrest and battery during a traffic stop in which officers broke a car window and deployed a stun gun, CBS news reports. ABC news adds that the officers involved have been accused of excessive force in the past.

“Man who received racist note moves after encounter with Fishers PD”, the Indianapolis Star reported just months ago, referring to the fact that police searched and questioned Chris Sullivan at his front doorstep while investigating a domestic disturbance call at a house across the street!

And it’s not just Indiana. National Geographic Magazine features the story of Woodrow Vereen, Jr. a church music minister, who, stopped by police for driving through a yellow light, was forced to bend over his car to be patted down in front of his two young sons. Sued by the American Civil Liberties Union in Connecticut, the city paid a settlement to the citizen. Traffic stops have become a focal point in the debate about race, law enforcement, and equality in America, Nat’l Geographic observes.

There is no doubt in the minds of Kevin Brown, longtime professor at Indiana University’s Maurer School of Law in Bloomington, Indiana, and in that of his wife Dianne Brown,  that their race was a factor in the needlessly aggressive way in which they were treated during a traffic stop two years ago. As attorneys for the Browns, we know that, when citizens’ rights have been abused and unwarranted force exercised by police, the only recourse is to “sue City Hall”.