YOUR INJURY ATTORNEYS IN THE NEWS: YES, YOU CAN SUE CITY HALL 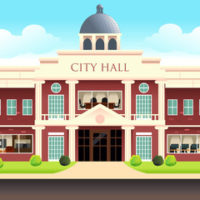 When governments are responsible for accidents or injuries, they can be sued, we explained in a recent Ramey & Hailey NewsBlog. That’s precisely the reasoning behind two lawsuits our firm filed earlier this year:

The legal principle is simple, attorney Richard Hailey explained in the complaint documents:

Although the actual wrong was inflicted in each case by individual police officers, the City of Indianapolis’ practices, customs, and policies, as well as its failure to train and supervise, resulted in a deprivation of citizens’ rights, and the police department and the city are therefore liable.

It is interesting that a recent Indiana Supreme Court opinion reinforces this understanding:

Two cases involving women in two different cities, each of whom had been sexually assaulted by a police officer, were combined.  The legal issue at stake was whether the cities of Evansville, Indiana and Ft. Wayne, Indiana could themselves be held liable for crimes committed by their employees.

Chief Justice Loretta Rush commented:  “The city benefits from the lawful exercise of police power…when the abuse of that power naturally or predictably flows from employment activities, the city equitably bears the cost of the victim’s loss.”

When your citizen’s rights have been abused by the police, you can ”sue City Hall”!